Harnessing the Power of Technology to Solve the Refugee Crisis 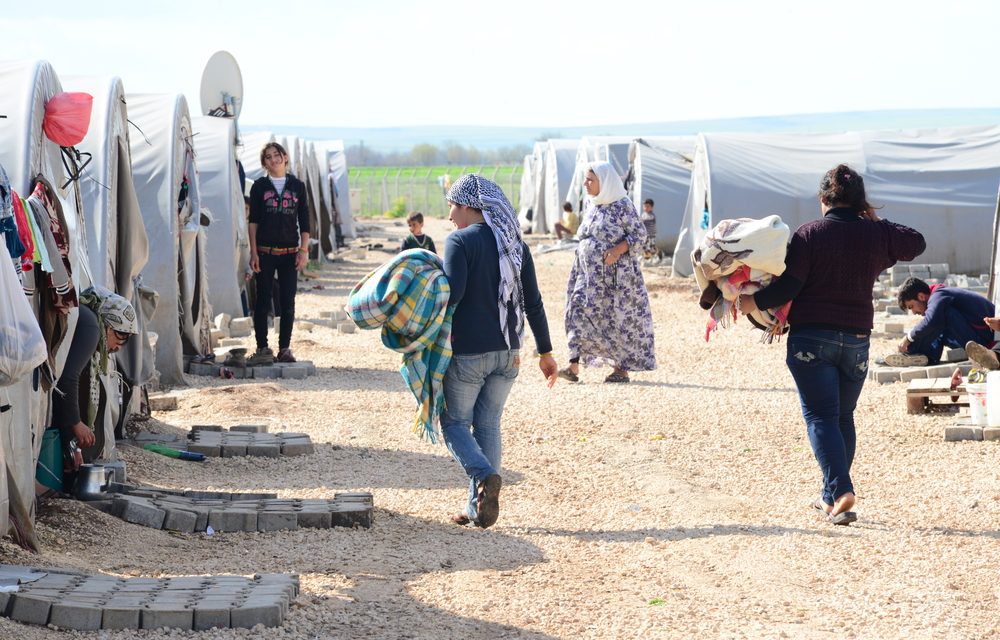 Fleeing religious persecution, war, violent conflict, and human rights abuse, millions of people have been uprooted from their homes. We call them refugees, forlorn people in search of refuge. Of the 65.6 million refugees worldwide, three countries account for 60 percent of the displaced: Syria, Afghanistan, and South Sudan.

What It Means to Be a Refugee

Being a refugee means that you are uprooted from your native land and home. It means you have lost your friends and a supportive social network. It implies that you have lost your identity because you have no proof you are who you are. Your academic qualifications have evaporated because you have no certificates to show. Your employability suffers because there’s no record of skills or past employment. Being a refugee is a crisis of extreme physical suffering, emotional trauma, and spiritual isolation.

More Than All the Aid in the World, It Is Technology That Inspires and Enables Lasting Solutions

In the seventh year of the Syrian Civil War, almost 6 million refugees have fled Syria. They fled with backpacks crammed with the personal possessions they could salvage, and a smartphone stashed in their pockets. The fleeing population tweeted or posted their distress in social media, making the world aware of the true nature of the crisis. If technology was the pallbearer conveying the shocking image of Syrian toddler Alan Kurdi’s lifeless body washed up on shore, technology was equally forthcoming in devising innovative solutions to help refugees in their darkest hour of distress. We consulted experts from Bedrock IT to find out more about technological solutions in the refugee crisis.

The Blockchain Solution: The Building Blocks Project in the Jordanian Desert

International aid, though forthcoming, had to reach the refugees, enabling them to meet their essential needs. Aid implementation faced teething problems.

Because blockchain functions as an unchanging accounting ledger, credit facilities could be extended to refugees. Everything from credit availed to the end use of funds to repayments was archived in the blockchain. This information could be shared as a credit history for refugees wherever they settled. For refugees returning to Syria, a permanent credit record would be immensely useful in availing fresh credit for starting small businesses.

The Jordanian project made it obvious that technology could be leveraged to restore the identity of the displaced. Equally important, technology promotes financial inclusion which would give refugees instant access to credit that traditional financial systems refuse to provide.

Researchers at Stanford University developed a new AI machine-learning algorithm after studying refugee resettlement and integration. Archival records detailing refugee qualifications, skills, and experience were compiled. The AI algorithm matched the refugee skill profile to the area where the skill set was in high demand. In a real-life situation, this would open up employment opportunities for refugees by 74 percent. The algorithm has great potential for improving job security and will pave the path for integrating refugees into the mainstream of society.

3D-Printable Prosthetic Limbs for Refugees Disabled by War and Violence

If surviving the Syrian Civil War as a refugee was bad enough, losing one’s limbs was a frightening loss. Irbid in northern Jordan is now home to more than 126,000 Syrian refugees, and many including little children lost their arms and legs in blasts and bombings. For physically challenged people, upper-arm-assisted devices were unthinkable and unaffordable. Not anymore.

Loay Malahmeh and Dave Levin, founders of the Jordanian company, 3D Mena are using open source hardware and engineering inputs for harnessing the power and potential of 3D printed prosthetic hands. A young boy who lost all left-hand fingers received a 3D-printed prosthetic arm costing less than $75, which is a tenth of what it would have cost coming out of an advanced lab. And no medical professional was involved.

Learning and using digital skills is vital to any job in the modern world. This is particularly important for the youth, especially teenagers that are brimming with creative potential and need to move on in life. Emma Sinclair and James Sinclair, co-founders of software company EnterpriseJungle partnered with UNICEF to create innovation labs in Jordanian refugee camps using the crowdfunding route to raise funds.

Young refugees were equipped with tools, seed funding, and basic skills so they could innovate and build solutions themselves. A creditable achievement was the making of water purifiers to provide clean drinking water for refugees. The children could imbibe innovation skills and realize their potential as individuals responsible for their own development. Who better to solve community problems than the members who live and face problems in it?

Technology as an enabler and technology as a solution provider has a crucial role to play in improving the quality of life of refugees. Technology is powerful as a tool for education and skill development – two vital pillars that integrate refugees as productive community members. Technology has been able to cut through the red tape associated with mammoth financial institutions and government regulations.

Technology is reaching money where no financial network exists. Refugees now have a tool to access financial inclusion and the progress it promises. Technology has enabled physically challenged refugees to take up life’s biggest challenges head-on. Providing timely and better healthcare through cloud services is another field that has improved the lives of refugees immeasurably. Technology ensures that refugees have a future they can look forward to.

How Small Business Loans Can Help in Syria