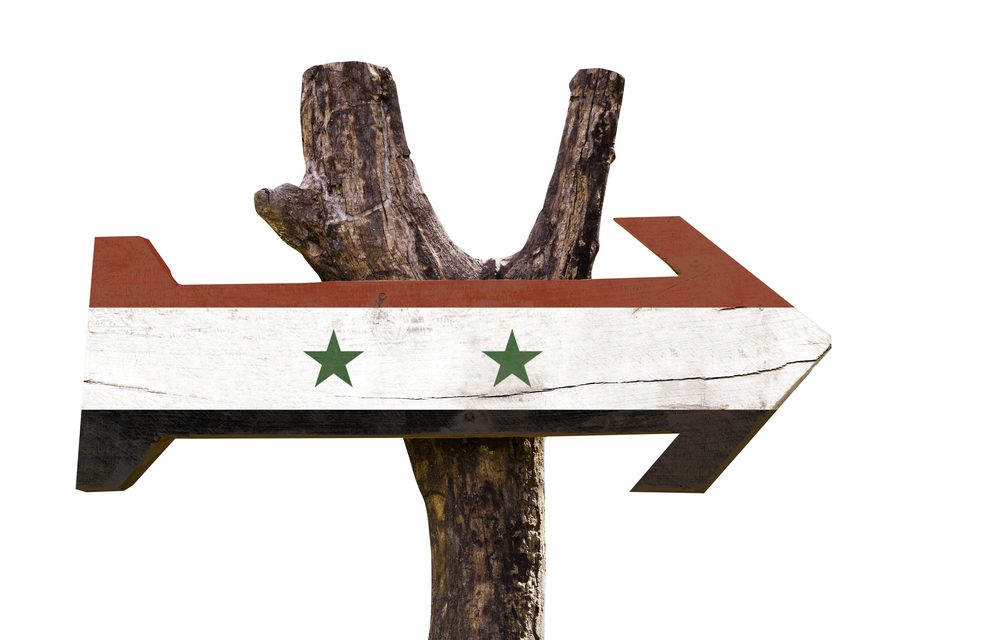 Yes, it says 2018. You did not read it incorrectly. Before 2011 and the Arab Spring, Syria was an important travel destination for millions of travelers from around the world but because of the civil war that erupted in the country tourism stopped. However, Syria still has safe areas that could be visited and enjoyed. So if you found yourself in Syria with some free time in your schedule, here are safe exciting places you could check out this year:

The Ancient City of Damascus

Damascus, the oldest city in the world, is still as alive as ever despite all odds. From its souks and khans to its traditional restaurants, the city is buzzing with life. Damascus has several important historical sites and most of them are found inside the Ancient City of Damascus, locally known as the Old Sham, a UNESCO World Heritage Site since 1979. Surrounded by the walls of the Citadel of Damascus, the old city has seven famous doors that were built by the Romans to welcome people from all directions, the Muslims later added an eighth door. Many civilizations have left their marks in the city from Byzantines and Romans to Umayyad and Ottoman making the city a prime example of cultural and historical harmony. You cannot visit Damascus without going to the Umayyad Mosque, Azm Palace, Straight Street, Bab Sharqi, the Old House of Ananias and many other famous destinations. However, the old city of Damascus has other hidden gems to offer such as Al Noufara Cafe (The Fountain) which one of the oldest and most popular cafes in Damascus. It is located 10 meters behind the Umayyad Mosque. What makes this cafe very famous is its Hakawati (Storyteller) who is always narrating an exciting story about a brave Arabian Knight. Visiting this cafe is a true Damascene folkloric experience that should not be missed. You can also visit the wonderful souqs and khans in the old city that offer you the best oriental souvenirs to take back home. The old city also has traditional Hammams that will help you relax after a long and stressful day. Hammams or Turkish baths are saunas-like places that offer steam baths, messages and scrubs. The most famous bath in Old Damascus is the Nuriddin Hammam, a true oriental architectural wonder. Damascus also has many cultural events happening year round, from poetry evenings to plays, musical events, dancing festivals and folkloric festivals. The people of Syria are looking for beauty in the middle of their difficult circumstances, creating beautiful and heartwarming art.

In the middle of the breathtaking Syrian Coastal Mountain Range, stands the Fortress of Saladin proudly as an everlasting evidence of past civilizations. The medieval fortress was built during the Byzantine control of the area and was later seized by Saladin and his army in 1188. It is an authentic outstanding example of fortifying architecture. The castle is luckily one of the important historical sites in Syria that was not seriously damaged due to the civil war in the country. The fortress is located in the mediterranean city Lattakia and it is a UNESCO World Heritage Site. After visiting the castle, you must check out the beaches of Lattakia and enjoy the Mediterranean Sea. 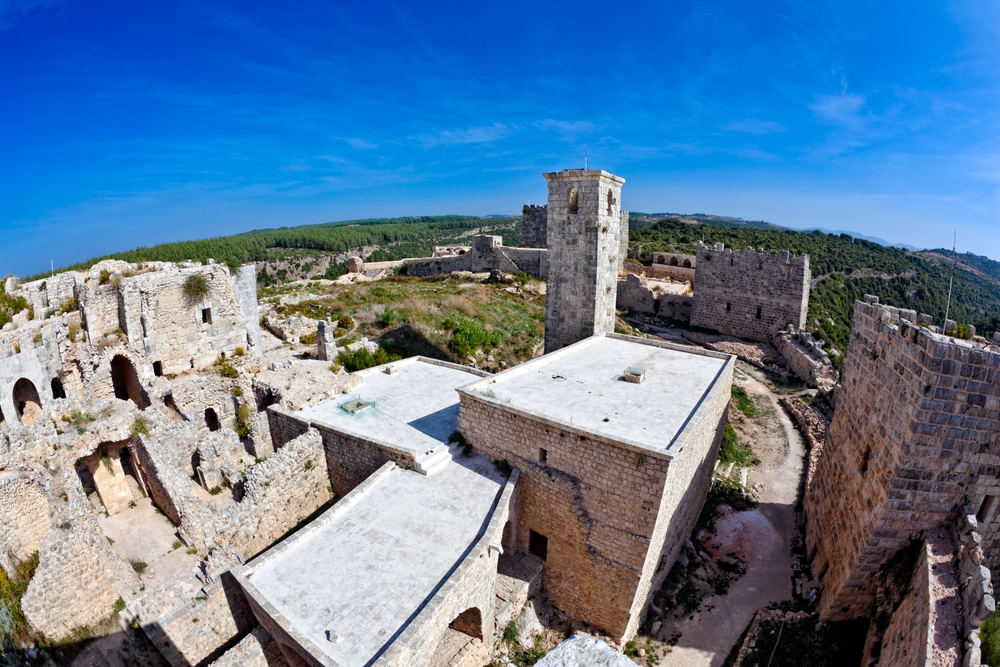 An ancient Roman city built on the Arab mountains in As-Suwayda Governorate of Syria, Shahba -also known as Philippopolis- was built by the Roman Emperor Philip the Arab in 244 CE. Shahba was his native motherland and he wanted to turn his city into another Rome. He built theaters, temples, Roman baths and palaces making Shahba one of the most famous Roman cities in the east. Unfortunately after the death of Emperor Philip the Arab, the construction stopped and the golden age of the city ended. Shahba, however, remained well-preserved and unchanged throughout all this time and it has became an interesting attraction for tourists. The city today also has a museum exhibiting fascinating Roman mosaic rich with iconography. 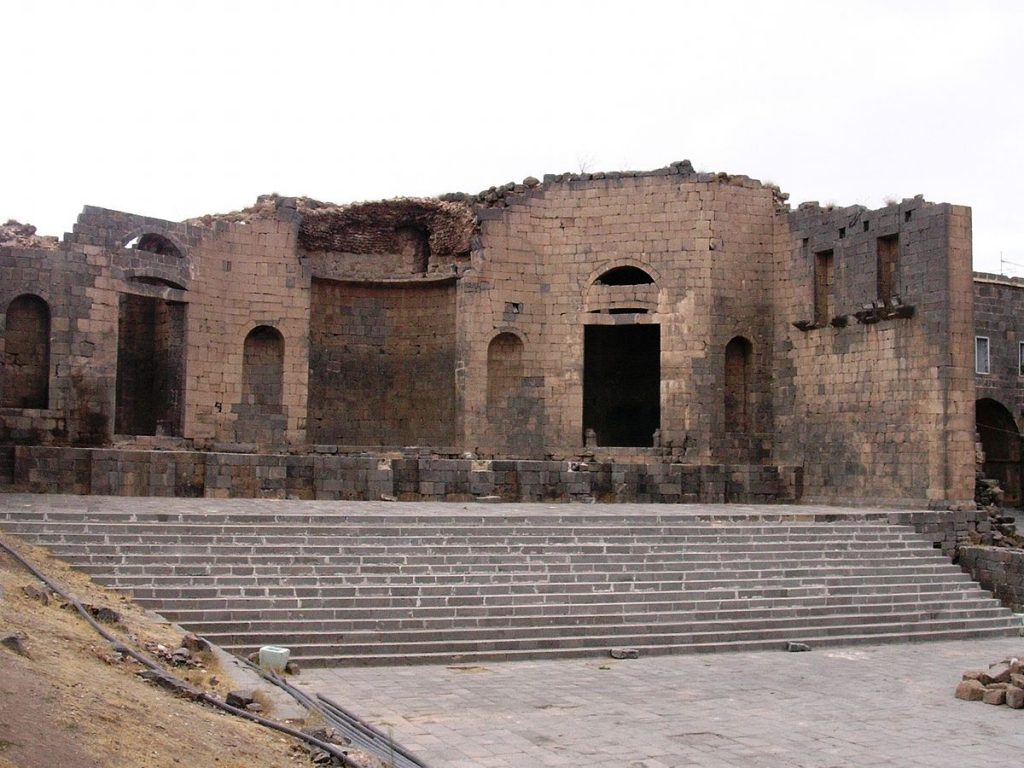 Another Syrian UNESCO World Heritage Site, Bosra is a historical city in southern Syria. The city of Bosra is a beautiful archeological site that was inhabited by the Romans, Byzantines and the Muslims. One of the most famous features in Bosra is the Roman theater that was built using black basalt giving it a mystical element. The Roman theater in Bosra can seat up 15,000 spectator making it among the largest theaters built by the Roman civilization. The theater is used today to hold concerts, festivals and other cultural events. 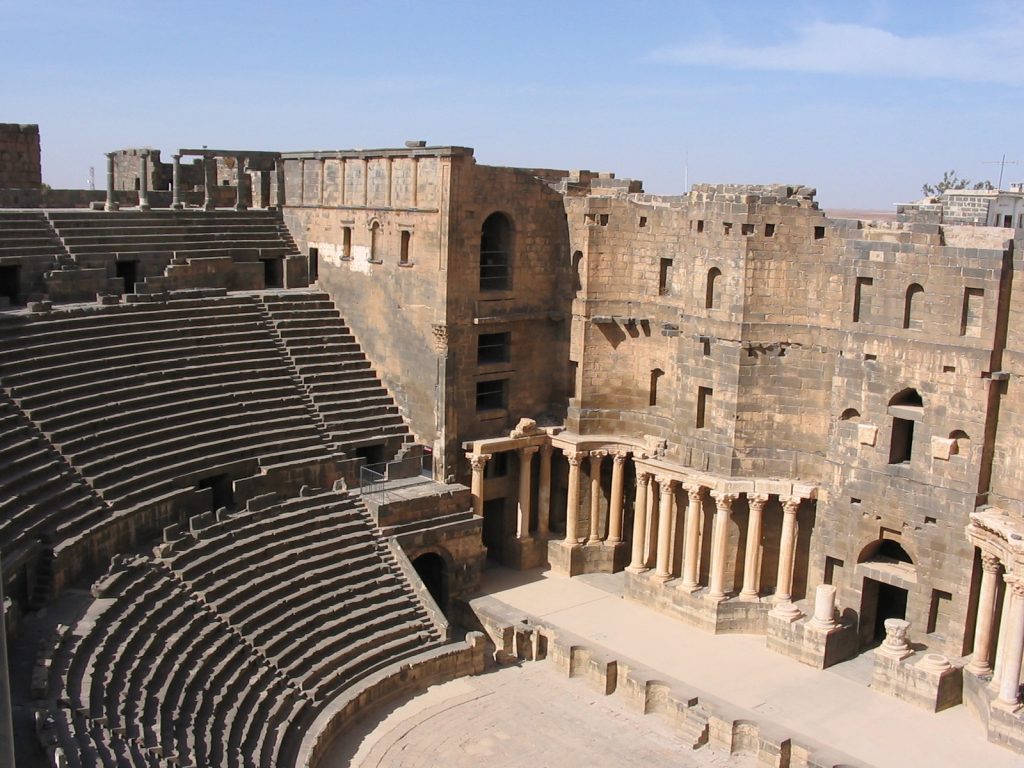 For a breathtaking panoramic view of Damascus, you should visit mount Qassioun and enjoy the beautiful scenery and the restaurants that offer you the deliciously famous Syrian food. The mountain also has other significant features that makes it famous among visitors for it is believed that on this mountain Cain killed Abel near a cave aptly named The Cave of Blood. Another famous cave in the mountain is an alleged cave of the Seven Sleepers that were mentioned by Christian resources and the Quran making the mountain an important pilgrimage destination. 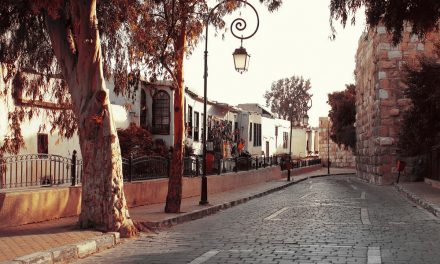